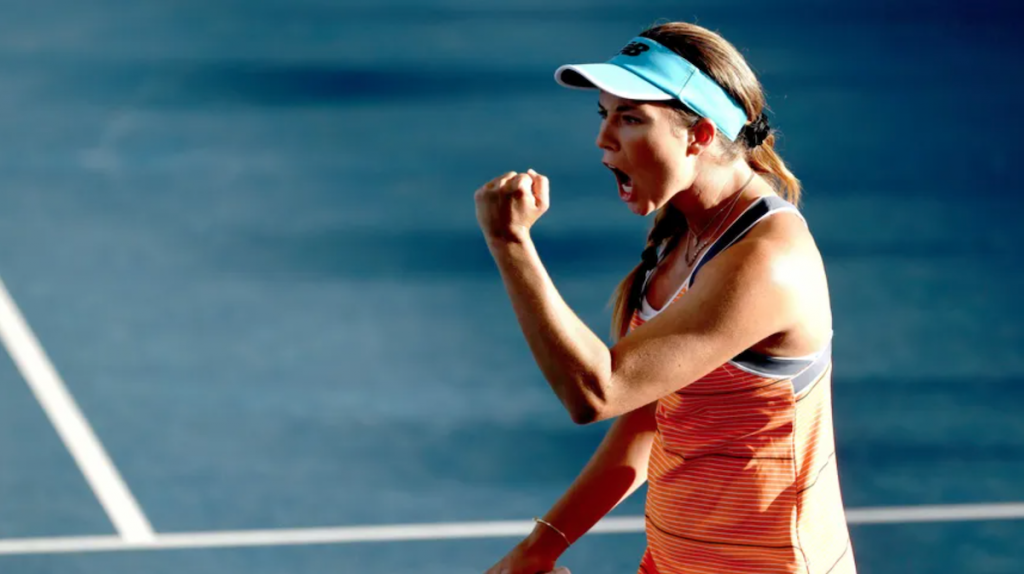 DAY 2 of the Adelaide International qualifying round saw the WTA 500 tournament’s main draw begin, with plenty of hotly contested matches on centre court during the first day of the official competition, as Anastasija Sevastova, Wang Qiang, Shelby Rogers and Danielle Collins headed into the Round of 16 with relative ease.

Sevastova was the first to win through to the Round of 16, defeating Caroline Garcia in 81 minutes 6-2 6-4. It was a solid first serve efficiency that saw the Latvian take out the victory, winning 65 per cent of first serve points off a 72.7 per cent clip, controlling the match despite the Frenchwoman fighting back in the second. A game-for-game first set between eighth seed Wang and wildcard Olivia Gadecki – who sits barely within the top 400 at 399th in the world – drew plenty of eyes as the Australian challenged Wang, before the Chinese talent ran away with the second set and eventual victory with her ability to win off her first serve paying dividends with an effectiveness of close to 88 per cent.

On the first and second show courts, it was the underdogs that showcased their form as the likes of Storm Sanders and Liudmila Samsonova reigned supreme and headed into the main draw. Sanders had an excellent outing against American Caty McNally, downing the ninth seed in 75 minute 6-2 6-3. Whilst not as huge a scalp as Sanders’ victory – ranking 292nd in the world to McNally’s 118th – 10th seed and 117th ranked Samsonova got the chocolates over Japanese fifth seed and world number 86 Misaki Doi, 7-6 6-3. Meanwhile, an excellent showing from Latvian Kaja Juvan saw the 20-year-old speed away to an early lead, before 16-year-old top seed Coco Gauff clapped back midway through the second to force a deciding set after a huge come from behind effort, eventually winning 3-6 7-5 6-3 in two hours and 10 minutes.

A mammoth effort from Maddison Inglis saw the Australian join the winners list with an excellent outing against third seed Christina McHale. Whilst the American seemed to have all proceedings going her way early, a stellar comeback across the second and third sets handed Inglis her entry into the main draw and a chance at her maiden WTA Tour win. With a 65.6 per cent win rate on her first serve off a 78 per cent clip, Inglis was far more effective on serve and utilised her service speed to knock off the world number 85, 4-6 6-2 6-1 in just under two hours.

The remaining two Round of 32 encounters saw a fired-up Rogers fly through the first set against Veronika Kudermetova, before the Russian bit back in the second to force a tiebreaker but unable to rein in the American, as Rogers’ compatriot Collins downed Zheng Saisai and Madison Brengle won through to the main draw alongside Italian Jasmine Paolini.