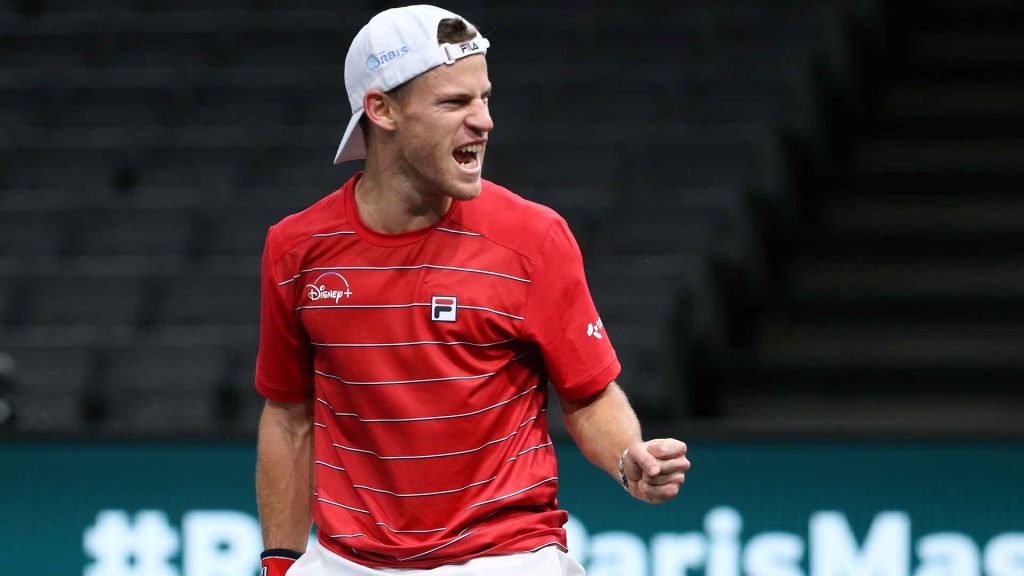 THREE ATP Tour 250 events will take off immediately after the Australian Open this weekend, with a number of mid-tier talents gaining some extra match practice following disappointing exits from the Australian Open. The top ranked player across the three tournaments is Diego Schwartzman (ninth) at Cordoba, while Roberto Bautista Agut (13th) is top seed in Montpellier, and Frenchman Adrian Mannarino (36th) leads a lower-ranked field in Singapore.

Schwartzman is the standout candidate on the clay tournament and honestly he should put this one in the bank without too much trouble. His nearest rival is 29th ranked Frenchman Benoit Paire, who has opted for Spain rather than his home nation at Montpellier. Paire is in a career slump since reaching the Auckland final 13 months ago, and will struggle up against a ton of clay court regulars.

Miomir Kecmanovic and Guido Pella round out the top five, with 46th ranked Albert Ramos-Vinolas the other Top 50 player in the draw. This tournament looms as one where, if Schwartzman pulls out or has a shocker, could be spread across any number of players. Thiago Monteiro is one who has been in good form, the likes of Marco Cecchinato and Juan Ignacio Londero can never be discounted on clay, and even rising Spaniard Jaume Munar is a chance.

The number one alternative at the time of publishing was Thiago Seyboth Wild who has all the talent if he can harness it, and genuinely could grab a Top 100 spot with a good run here. Spanish talents and South Americans make up the majority of the draw, with only half a dozen automatic entries from Europe, and none from the United States or Asia/Oceania.

Bautista Agut was aggravated at the Australian Open organisation, and now he returns to France in a reverse-Paire rather than going to his home nation in Spain. He and 15th ranked David Goffin – who both suffered disappointing shock losses at the Grand Slam – will be the clear standouts in a tournament that has the highest quality of the three by a fair way. Goffin should be the favourite still, but there are plenty in the running.

Aside from having two Top 20 players, as well as an additional two Top 30 players in Dusan Lajovic and Hubert Hurkacz, there is an abundance of youth, and returning experience that has signed up for the Montpellier event. Jannik Sinner and Ugo Humbert who are arguably the two most exciting Next Gen talents in the world are seeded, as are Lorenzo Sonego – most famously known for his upset of Novak Djokovic last year – and German Jan-Lennard Struff who ran into form at the ATP Cup.

The likes of Jo-Wilfried Tsonga and Andy Murray have been named amongst the candidates to play, like fans have teleported back to the mid 2000s. Both will be returning from injury if they take to the court, amongst a host of Frenchman entered. Richard Gasquet, Gilles Simon and Lucas Pouille are all in, with Nikoloz Basilashvili and Jiri Vesely also amongst the automatic entries.

The weakest of the three draws by a fair margin, the lowest automatic entry comes in at 187th in the world. To be fair, it is former Top 10 player Ernests Gulbis, but the Latvian is far from his glory days of a decade ago. He still has the most titles of anyone in the draw however, with some real solid competitors, though a lack of top-end talent has to be said.

Singapore could mark a rematch between Frenchman Mannarino and Australian John Millman from last year, which saw the Australian win his first ever ATP Tour title at the Astana Open. They are the standouts for the Asian event, with Marin Cilic and Alexander Bublik rounding out the four seeds. The eighth highest ranked player is Soonwoo Kwon (97th), with fair talents Yoshihito Nishioka, Radu Albot and Lloyd Harris the other seeds.

The unseeded players have some potential, with Michael Mmoh showing good form at Melbourne Park, and Alexei Popyrin and James Duckworth always dangerous. Japanese duo Yasutaka Uchiyama and Taro Daniel join Nishioka at the event, though Mannarino and Millman are clearly the standouts to take home the ATP 250 event trophy.