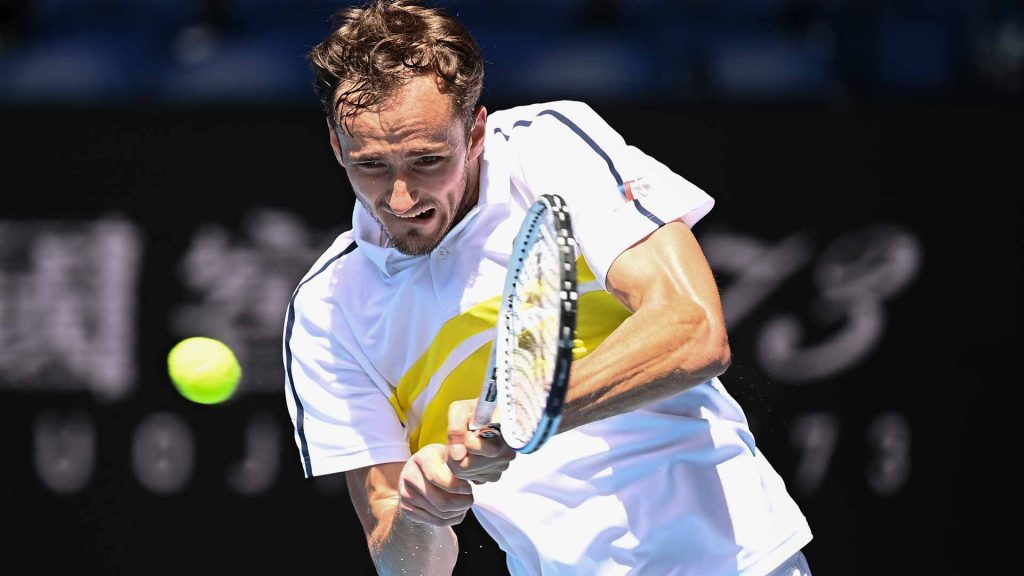 WITH only two past winners in the 2021 World Tennis Tournament draw, the odds are in favour of a first-time winner at the 500 Rotterdam event which will welcome a number of the top stars on Tour. With Novak Djokovic nursing a torn muscle, and Rafael Nadal and Dominic Thiem resting, Russian Daniil Medvedev will enter the tournament as top seed and favourite at the event.

Gael Monfils is a back-to-back winner, but has opted not to take part this year as he still battles coming back from injury and his own form, while Stan Wawrinka (2015) and Andy Murray (2009) are the only past winners of the event in the draw. Despite not featuring any of the Big Three – Djokovic, Nadal and Roger Federer – the next crop of talents are all attending, with Australian Open finalist Medvedev the pick to go deep given his recent form.

Stefanos Tsitsipas, Alexander Zverev and Andrey Rublev have all been handed top four seedings at the exclusive event, while Felix Auger-Aliassime is also in the top eight alongside more experienced talents in Roberto Bautista Agut, David Goffin and Wawrinka. Aside from Goffin who has struggled of late, the rest of the seeds have been in some strong form, with the top four particularly favoured to once again continue their ATP Tour success.

Outside the top eight, Alex de Minaur is a huge threat, while young guns Ugo Humbert and Jannik Sinner are back again, as are the likes of Karen Khachanov and Hubert Hurkacz. Further down the list, John Millman will hope to turn around his poor start to 2021, with Marin Cilic and Kei Nishikori past Top 10 talents who are always dangers at any level, as is Grand Slam winner Murray. In terms of local hopes, Botic Van De Zandschulp and Robin Haase have been handed wildcards, but face an incredibly uphill battle against the world’s best players.

If you had to pick a winner, Medvedev is the choice, though the stacked field with Cilic being the lowest ranked automatic entry outside of wildcards, means it is an incredibly talented draw.

From the star-studded 500 tournament to a lower-ranked clay court event in Argentina, some of the top clay courters in the world will look to take full advantage of a weakened field to snare a title. Top seed Diego Schwartzman is able to remain in his home country following the Cordoba Open, and he will be joined by second seed and clay court specialist, Cristian Garin. Benoit Paire and Miomir Kecmanovic round out the top four seeds, with Paire grabbing his second win in 12 months, and the up-and-coming Kecmanovic in a similar form struggle.

Guido Pella is a threat in his home nation, with Albert Ramos-Vinolas, Laslo Djere and Pablo Andujar rounding out the top eight players and Top 60 talents at the event. The 2019 winner, Marco Cecchinato is back to try and win another title, ranked 79th in the world currently. Joao Sousa  – ranked 93rd in the world – is the lowest ranked automatic entry, though the Argentinian wildcards yet to be fully announced are always a threat.

Schwartzman and Garin are the clear and away standouts in this draw, and would make for an entertaining final.