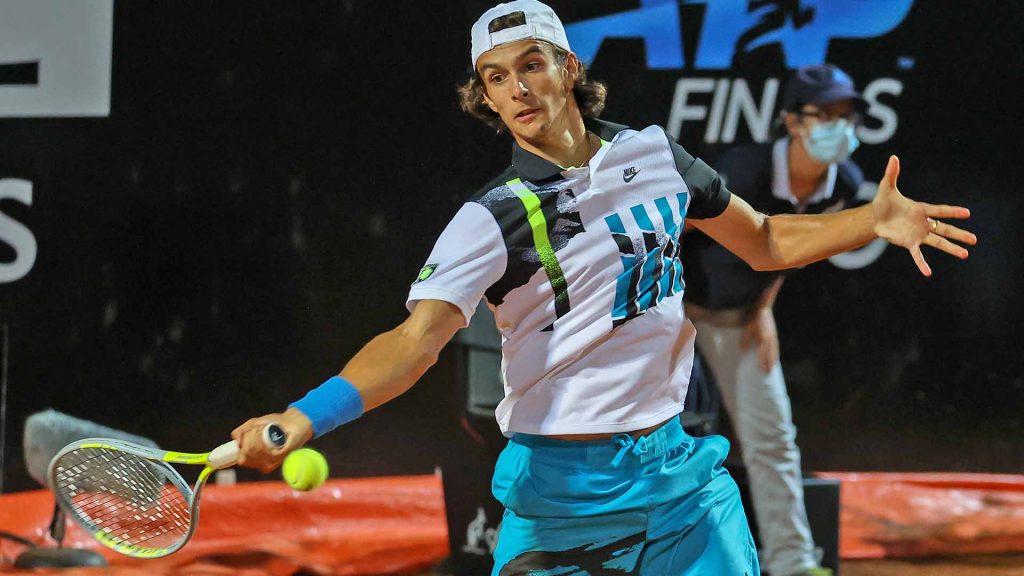 AN impressive Italian with a wealth of exciting traits, Lorenzo Musetti is well on his way to being a hugely threatening player on the ATP Tour. Still fairly young, the 18-year-old only turned professional in 2019 and, despite a challenging and interrupted season, has showcased his wares well to hit a career-high ranking of world number 123 in October. While Musetti has dropped a couple of ranks since then to sit at 128th, the youngster has more than proved his potential with a combination of hard work and persistence, continuing to develop his game and capable of pulling off some impressive wins.

Despite not having a heap of ATP Tour experience against the top echelon of players given the extensive break due to COVID-19 in 2020, Musetti has showcased plenty of potential with wins over Stan Wawrinka, Kei Nishikori and Pablo Cuevas this year, with a solid 5-3 win ratio finishing off the year that was. Add that to his 2020 16-10 Challenger win rate and there is no doubt Musetti is on the up.

A former junior world number one on the ITF circuit, as recent as mid-2019, Musetti won the 2019 Junior Australian Open and was named the first Italian to claim a junior Grand Slam title, while as a qualifier at the Rome Masters in September he made the Round of 16 with a clean sweep over both Wawrinka and Nishikori in straight sets propelling him up the rankings.

“There is excitement and happiness for the results that so much work has brought, but I tend not to overdo it and to stay with my feet on the ground,” Musetti told Esquire in October. “Also because in my sport you have little time to enjoy a victory. “After the one in Rome … I had two days to celebrate and then I immediately left for Forlì.”

“I like to vary a lot, my game is made up of variations and this is an advantage in modern tennis, where several players do not have a “Plan B” but only a “Plan A” and get into trouble if the opponent turns the situation around.”