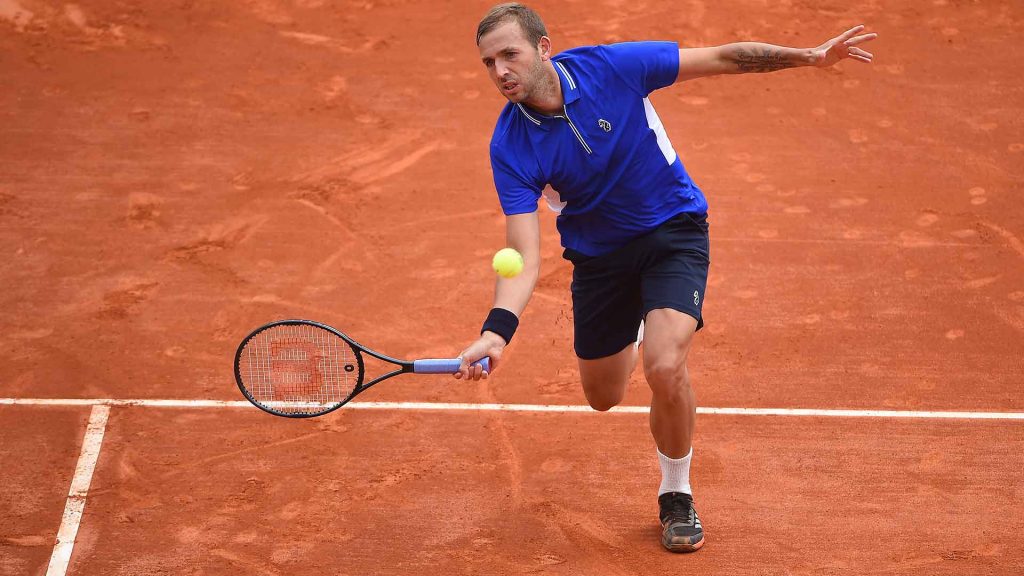 DANIEL Evans has pulled off the greatest win of his ATP Tour career, downing world number one Novak Djokovic at the 2021 Monte Carlo Masters overnight. The Brit, who struggles on the clay normally, somehow knocked off the world’s best player in straight sets, 6-4 7-5. It was not easy, but then no one expected it to be, with Djokovic a past winner in Monte Carlo back in 2013 and 2015.

All the omens were pointing to a Djokovic win, with the Serbian not only a two-time past winner at the event, but unbeaten in 2021 with a 10-0 record heading into the third round match. Evans raced out of the block to win a double-break against Djokovic to stun onlookers, only for the Serbian to hit back and put it back on serve. Another break was all it took for the world number three, who closed out the first set, 6-4.

Djokovic put the foot down early in the second set to break and head to the second change of ends at 3-0 up, before Evans fought back to save a set point at 4-5 and then break twice upon winning the final four games of the match. The contest lasted two hours and nine minutes, but perhaps the most remarkable aspect was the fact it was Evans’ seventh win on clay, ever (his third this tournament). He is not a clay player and while Djokovic also prefers hard court, he has proven to be adaptable on any surface. But it was Evans who never gave in to claim a remarkable victory.

“It hasn’t sunk in yet,” Evans said post-match. “I couldn’t quite believe the last ball went over the net. “It nearly didn’t. “I was pleased, regardless, with how I was playing coming into the match. “I felt good. “You can never be confident coming into such a big match like that against Novak. “It is clearly a big win and I am delighted that I got through, especially being a break down and [having had] little difficulties in the first set. It was really pleasing and I am delighted.

“The biggest thing is, you have got to believe you can win. “I can walk on saying it, but you have really got to believe it. “Of course, I doubted myself in the match. “Serving it out is not easy. “You have got all sorts [of things] running through your head. “I am just happy with how it went and it will be one to savour for maybe after the tournament, to tell the kids and grandkids that you beat the World No. 1. It is a nice one.”

Evans will now go on to face 11th seed David Goffin, whom he beat in the ATP Cup earlier this year, the only meeting between the pair. Evans’ win was arguably the only major upset of the day, with Goffin causing a minor upset over fifth seed German Alexander Zverev, winning in two tight sets 6-4 7-6, including an epic 9-7 second set tiebreaker. Twelfth seed Pablo Carreno Busta was the only other seed to fall to an unseeded player, going down to clay court specialist Casper Ruud in the match of the day. Both players threw everything at each other during the two-hour and 52-minute clash between Ruud emerged victorious with a 7-6 5-7 7-5 win.

At the other end of the scale, Rafael Nadal brushed aside Grigor Dimitrov like the 14th seed Bulgarian was a rookie on debut, absolutely destroying him 6-1 6-1 in 56 minutes. He only dropped eight points on serve, broke five times from nine chances, and never looked like losing the incredibly one-sided contest on the surface he has dominated for the best part of two decades. The ever-honest Nadal said it was Dimitrov’s errors – which he knew were uncharacteristic of the Bulgarian – that were the deciding factor in the result.

“[I am] sorry for him. He played a bad match. That is the truth,” Nadal said post match. “He made a lot of mistakes. I was there. I was doing the right thing, but it is true that today was more his fault than my good tennis.”

Nadal and Rublev are the final match of the day on Court Rainier III tonight, with Ruud and Fognini the match before. Kicking off the day is the Tsitsipas and Davidovich Fokina clash, whilst Evans and Goffin lock horns in the following match.

MONTE CARLO MASTERS ROUND OF 16 RESULTS: