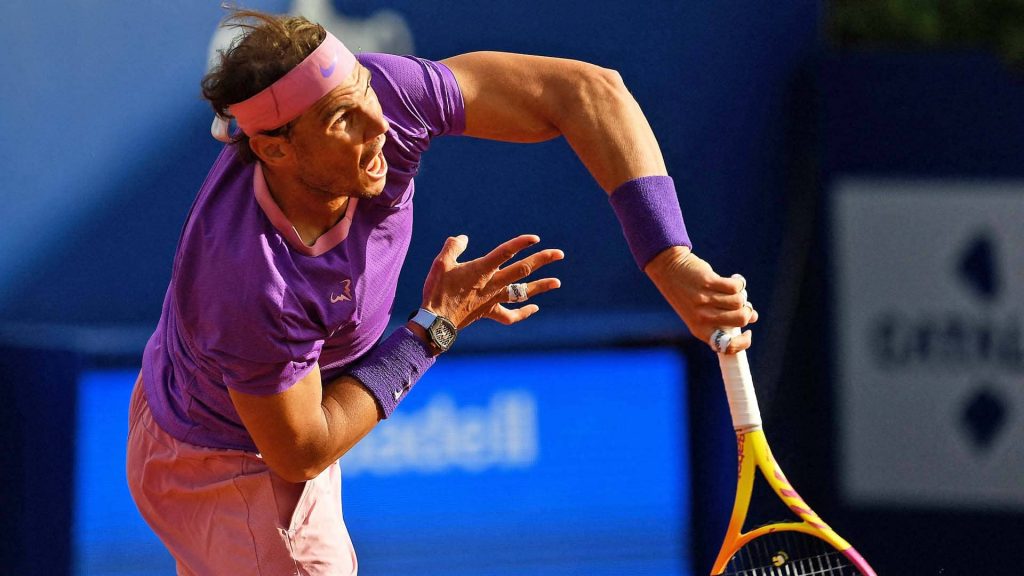 ELEVEN-time Barcelona champion Rafael Nadal had to overcome a bump in the road in the beginning of his quest to a dozen titles at the event, needing three sets to overcome Belarusian qualifier Ilya Ivashka. Nadal dropped the first set 6-3, but soon found his groove to take out the match in two hours and 20 minutes. 3-6 6-2 6-4.

Playing on the Centre Court funnily enough named after himself in Pista Rafa Nadal, the world number three praised the underdog’s efforts early to match it with him and he had to lift his game accordingly to overcome the 111th ranked Belarusian.

“He played well. He played at a very high level, and I didn’t, especially at the beginning,” Nadal said post-match. “And then I think I changed a little bit the way I played. I was more aggressive later, and the match changed a lot. I’m happy I [fought] hard today to be in the third round. That’s what I needed after the loss at Monte-Carlo.”

Yet to lose a match on clay against a qualifier from 38 attempts, Nadal found a way to win, breaking three times to two – both of the latter came in the first set – whilst winning 80 per cent of his first serve points. Ivashka did well to take his chances, but in the end the Nadal consistency was too much, as the Spaniard won 39 per cent of his return points to Ivashka’s 31 per cent.

“I’m sure that I’m going to have the chance to play better, and I’m going to fight for it,” Nadal said. “I have the confidence that I’m not very far [from playing well], even if the last two matches [here and in Monte-Carlo] haven’t been perfect. But here I am, and I am with the right energy to try hard. It’s a process… I’m confident that by working every day I’m going to find [right] the solutions.”

Nadal will now face former Top 5 player Kei Nishikori, who fought through his second straight three-set match to overcome 13th seed and clay court specialist Christian Garin 7-6 4-6 6-1, reversing the pair’s head-to-head from last year at Hamburg where the Chilean won easily. In other results, top seeds Stefanos Tsitsipas, Andrey Rublev and Diego Schwartzman all advanced, though the latter was given a scare by American Frances Tiafoe, needing three sets to win, 3-6 7-5 6-1.

It was good news for the Spanish contingent, with sixth seed Pablo Carreno Busta, qualifier Bernabe Zapata Miralles and unseeded Albert Ramos-Vinolas all booking their spots through to the next round. Australian 14th seed Alex de Minaur broke his poor form on clay with a straight sets win over Alexander Bublik, while Corentin Moutet and Felix Auger-Aliassime both won through to the Round of 16.

It was a good day for Serbian fans at the Serbian Open, as three of the four winners hailed from the nation. Top seed Novak Djokovic breezed through past Soonwoo Kwon 6-1 6-3, with fifth seed Filip Krajinovic also smacking his opponent, compatriot and wildcard Nikola Milojevic, 6-1 6-1. Eighth seed Miomir Kecmanovic had a tougher time against French qualifier Arthur Rinderknecht before making his way into the quarter finals, while Italian second seed Matteo Berrettini won 6-4 6-3 over compatriot Marco Cecchinato.

BARCELONA OPEN ROUND OF 32 RESULTS:

SERBIA OPEN ROUND OF 16 RESULTS: