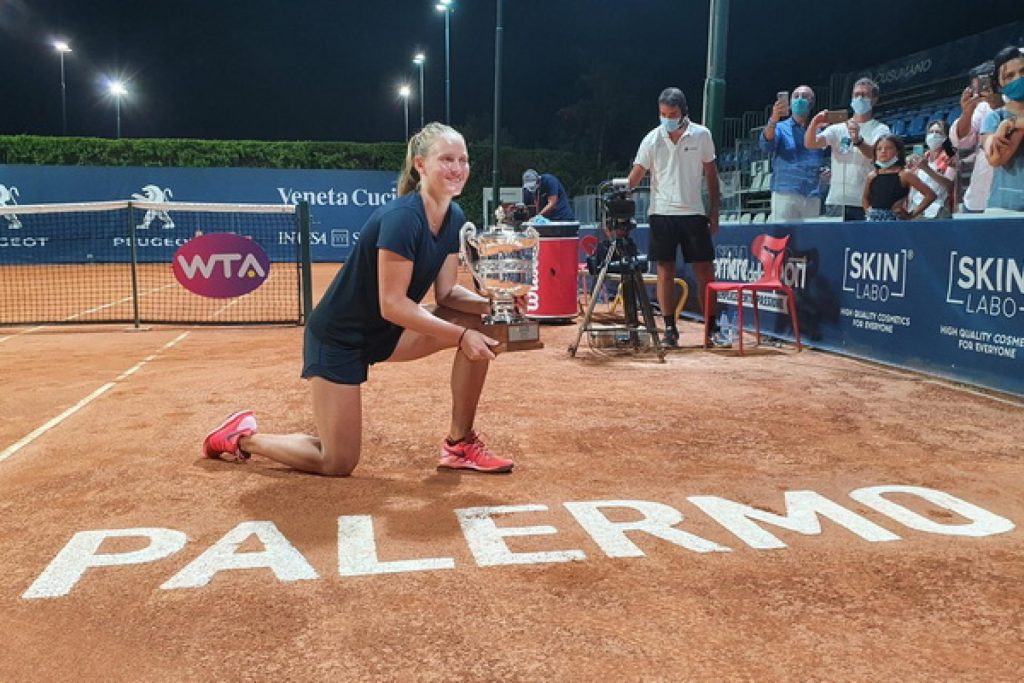 FIONA Ferro has made history by becoming the first WTA Tour singles title winner of the post-COVID postponement after defeating Anett Kontaveit in straight sets in the 31st Palermo Ladies Open Final. Recording just her second WTA Tour title on record, Ferro always looked the stronger player on the surface, and while she only had the one career title to-date coming into the match, Ferro had plenty of form at ITF level on the clay.

In a match that lasted an hour and 43 minutes, the up and coming Frenchwoman got up 6-2 7-5 to level their head-to-head at one-apiece following the Estonian sole triumph four years ago. In the match, Ferro jumped out of the blocks to overcome a nervous serving efficiency of 48.5 per cent, to win 21 of her 33 points on serve, and restrict the fourth seed to just 15 of 30 on hers. Critically, both players had two break point opportunities in the first set, with Ferro taking both of her chances, while Kontaveit did not.

The Estonian stepped it up in the second set to worry the Frenchwoman, but struggled off Ferro’s first serve, winning just seven of a possible 24 point, and only won five of 19 off her own second serve which proved costly. Kontaveit still broke twice to ensure the set went into at least an 11th game, but it was Ferro who broke in that game to go up 6-5, then hold serve in the final game of the match to win and take out the title.

Despite the loss, Kontaveit has moved up two places in the world rankings, sitting at 20th in the world. She surpassed both Maria Sakkari (who lost first round at Palermo) and Angelique Kerber (yet to play). Ferro is now inside the top 50 for the first time in her career, with the 23-year-old coming agonisingly close to being the top ranked Frenchwoman at 47th in the world. Caroline Garcia sits one spot above her, while Kristina Mladenovic currently holds that mantle at number 42 in the world.

Looking ahead, Ferro takes on Spaniard, Aliona Bolsova in the first round at Prague this week, with a second round encounter against fourth seed, Dayana Yastremska potentially on the line. Kontaveit is yet to commit to a tournament, with it seemingly likely she will head to the United States to quarantine in time for the US Open.