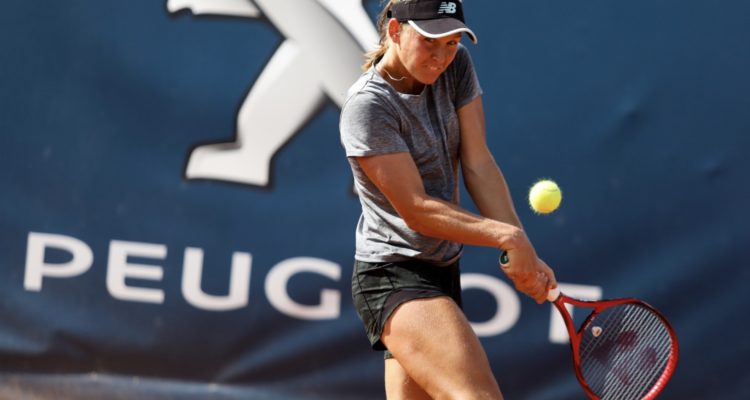 ESTONIAN fourth seed, Anett Kontaveit is favourite to take out her second WTA Tour singles title following her stunning 89-minute rout of top seed and previous Palermo Ladies Open favourite, Petra Martic. The Estonian looked incredibly strong during her 6-2 6-4 victory over the top 20 Croatian and now focuses her attention on Frenchwoman, Fiona Ferro in the final.

Having won their only previous meeting, Martic headed in as favourite ahead of their semi-final clash, but it was clear from the outset that the top seed looked a little sore and the hard-hitting fourth seed took full advantage. She hit 31 winners to 14 throughout the semi-final, serving at a 63 per cent efficiency, including four aces. Her first serve winning percentage was elite at 71./8 per cent, with her second serve percentage still shaded her opponent’s despite being at a low 39.1 per cent. Overall, she broke five times to two to ensure she made her way into the final.

In the other semi-final, Ferro took a little while longer to come from behind against Italian Camila Giorgi to win 2-6 6-2 7-5. After defeating seventh seed Dayana Yastremska in a come-from-behind quarter finals victory herself, Giorgi brought strong momentum into the first set. The home nation hero won 76.9 per cent of her first serve points and broke her opponent three times as she raced to a 6-2 first set win.

It started to turn around after that though, as Ferro’s consistency on serve came back, dominating on all fronts to finish the second set with a 76.9 per cent efficiency, and 60 and 50 per cent winning ratios off her first and second serves compared to Giorgi’s 54/5 and 30.8 per cent. All up, Giorgi won just 10 points on serve and 11 off, for a one-sided 6-2 set to the Frenchwoman to level the match.

The third set was much more even, with Ferro not as efficient off her serve at 56.8 per cent, but won 76.2 per cent of her first serve points, and broke a crucial two times to one to ensure she was able to advance through to the next round.

Looking ahead to the final, Kontaveit’s sole title came at s’Hertogenbosch in 2017, though she also reached the final at Stuttgart last year. Ferro’s only WTA Tour title was last year at Lausanne, and due to her run in this tournament is inside the top 50 for the first time in her career. However at least that was on clay, and Ferro has a number of ITF titles on clay, with three of those coming in 2018 prior to hitting the WTA Tour. The pair has not faced off since 2016, when the Estonian overcame a 19-year-old Ferro in a three-set thriller, 7-5 6-7 6-2.

The players have similar styles in their approach, as both very aggressive players who rely on winners off both their forehands and backhands. Almost all of their unforced errors come from those power plays, though they have enough about their serve – particularly Kontaveit – that they can win some points off them as well. History tells us that the Estonian has shorter rallies in general, as well as more balanced hitting off either side, while Ferro has a damaging backhand that she releases down the line.

The match is set to be a thriller to determine the Palermo Ladies Open, with Kontaveit undoubtedly the favourite, but Ferro’s work on clay should have her right in the mix for this clash.