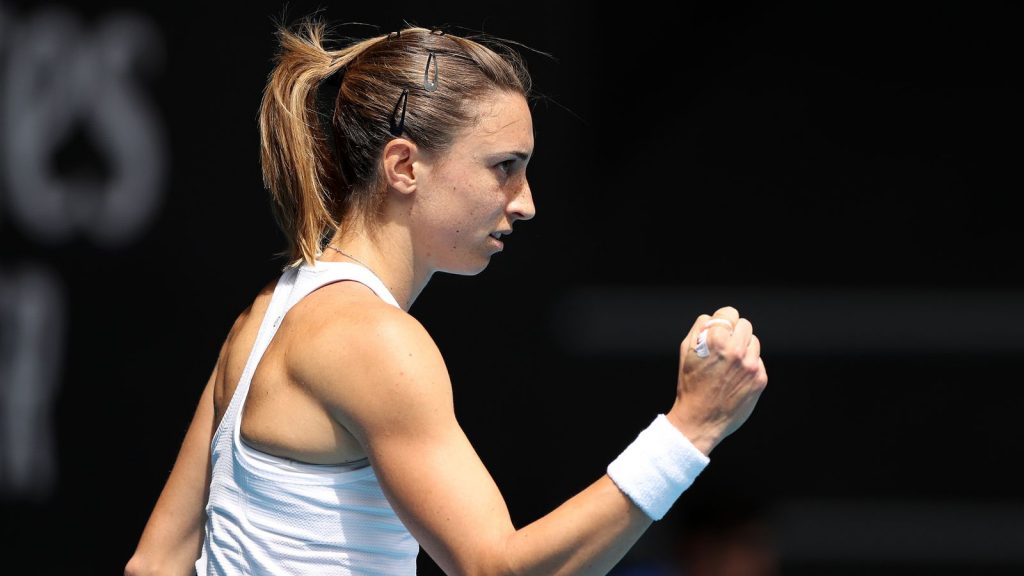 TOP four seeds, Petra Martic and Anett Kontaveit are through to the final eight of the 2020 Palermo Ladies Open after come-from-behind wins against their respective opponents. While seventh seed Dayana Yastremska‘s Round of 16 clash with Oceane Dodin was still in progress at the time of publishing, Martic got up over Liudmila Samsonova, while Kontaveit defeated Laura Siegemund.

Martic took two and a half hours to finally shake off the determined Samsonova who had produced some great tennis since advancing through qualifying. The tournament favourite went down in the first set, but more due to Samsonova’s remarkable work off her first serve to win 80.8 per cent of the points. She scrapped hard as well to defend three break points, whilst creating 10 opportunities against the top 20 Martic. The Croatian was still playing well with a serving efficiency of 73.9 per cent and defending her second serve points strongly, but a late break cost her in the match.

The second set started to turnaround for the Croatian who took more control of the contest, winning 73.9 per cent of her first serves, and Samsonova’s serve went by the wayside. While Martic struggled off her second serve – winning just two of 11 points – she also attacked Samsonova’s second serve which was far more frequent. It set the world number 15 to come home with a wet sail in the last set, breaking on both her break point opportunities and serving as a healthy 61.5 per cent for a 75 and 60 per cent record, never looking like being broken. Samsonova could only manage to win eight points off Martic’s serve, for a total of 16 in the set for Martic to secure a 5-7 6-4 6-2 victory.

Kontaveit had a similar story, having to overcome a first set deficit to win 3-6 6-2 6-2 in two hours and 18 minutes. The fourth seed had not lost to a player outside the top 50 since Wimbledon last year – Siegemund is 65th – but it was not looking good early, as the German broke in two of Kontaveit’s first three serve games. Neither player looked entirely safe on serve, but a third break in the final game of the set – courtesy of a third double fault by the Estonian – handed Siegemund the first set.

Kontaveit started much better in the second set racing to a 3-0 lead with back-to-back breaks, only for Siegemund to break back and hold to move to 2-3. A third break to the Estonian in the seventh game handed Kontaveit the set and level pegging in the match. She continued the form into the second set, breaking yet again on her way to five straight games between the two sets, and soon she looked on top. Siegemund saved a break point to hold in the fifth game, but then the fourth seed’s ability shone through, winning the last three games of the match to advance through to the quarter finals.

In the other completed match, Italian Camila Giorgi became the third home nation representative through to the final eight, knocking off teenage qualifier, Kaja Juvan in three sets. Dropping the first set 3-6, Giorgi bounced back to win the next two and secure a 3-6 6-2 6-4 win in two hours and two minutes. She now takes on the winner of Yastremska and Dodin in the last eight, with the Ukrainian seventh seed well in control at the time of publishing.

Her compatriots, Sara Errani and Elisabetta Cocciaretto have had the extra day’s break, with Errani facing Fiona Ferro, and Cocciaretto coming up against Kontaveit in a blockbuster quarter final. In the last quarter final, top seed Martic faces another qualifier in red-hot Belarusian Aliaksandra Sasnovich who took apart Elise Mertens and then destroyed Jasmine Paolini to make her way into the last eight.