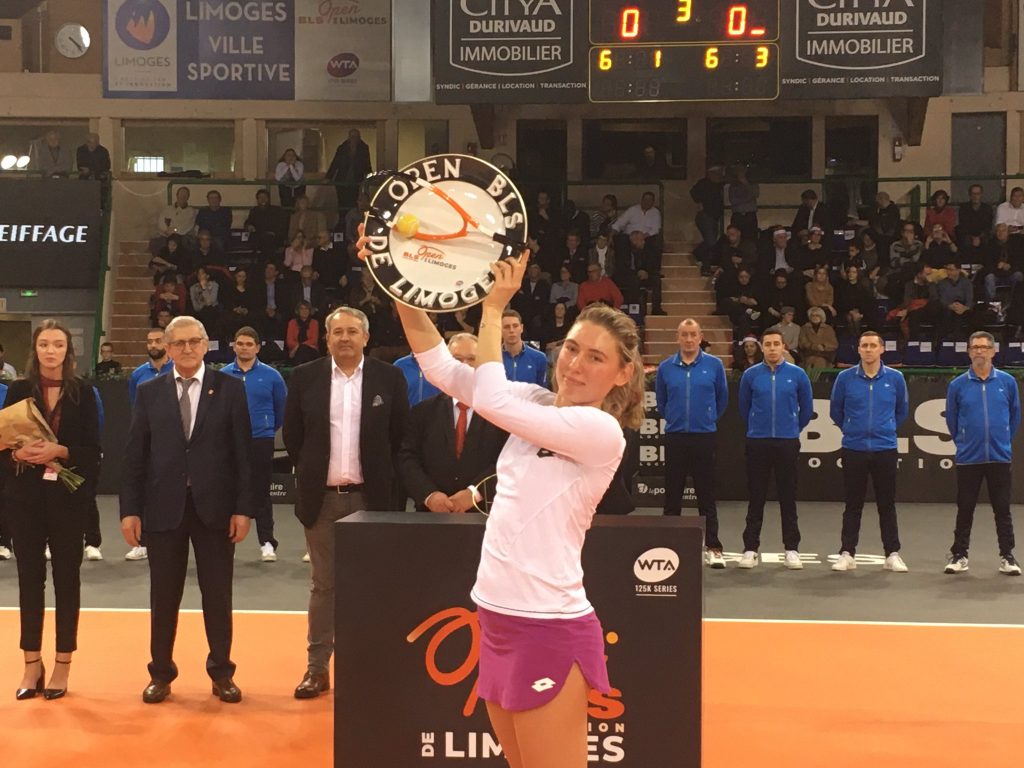 IT is that time of year where the Open BLS De Limoges would be in full swing as some of the best WTA players take the court and gear up for an action packed summer of tennis. But unfortunately the tournament was cancelled due to the COVID-19 pandemic and a host of other logistical reasons such as weighing up quarantine requirements for the upcoming Australian Open in February which was set to leave the tournament with limited access to players in the Top 150.

But if things had gone to plan and Open BLS De Limoges did go ahead, Ekaterina Alexandrova could have been preparing for her third straight Limoges title after claiming the silverware last year in convincing style against Aliaksandra Sasnovich. The Russian made light work of her Belarusian opponent downing her in 56 minutes 6-1, 6-3 showcasing her firepower and skillset to dismantle her opponent in style. There is no denying that Alexandrova enjoys the Tour given her recent hot form, having won three of the last four titles and could have had a fifth in as many years if the Open went ahead.

Aside from looking at individual accolades the cancellation of the tournament could have huge implications for players given the large majority of them would not have played since early November at the Upper Austria Ladies Linz where Aryna Sabalenka reigned supreme against Elise Mertens. It was a tough battle between the two with Mertens pushing Sabalenka all the way before the Belarusian put on the afterburners in the second set. Although it is a long break for the players who took part in that tournament such as Sabalenka, Mertens, Dayana Yastremska, Veronika Kudermetova and the like, it is an even bigger break in tennis for those who did not compete such as World Number 1. Ash Barty, Serena Williams and Naomi Osaka just to name a few.

It has been a difficult year all round for players, given the cancellation of tournaments and limited travel due to the global pandemic but the extended break could work wonders for some players who have been struggling with niggles and are now in tiptop shape heading into the summer. However for every positive there is a negative, given the reduced amount of competitive court time and match play throughout the year could hinder the ability of players to perform at their highest level.