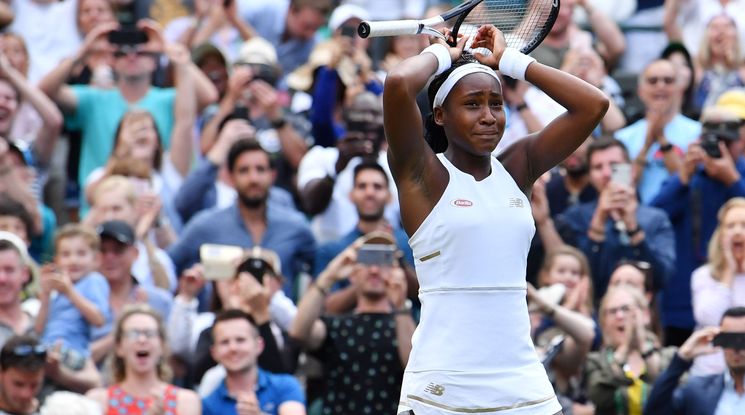 AT only 16-years-old, American Coco Gauff has already propelled herself into recognition with her flair, talent and exciting potential out on the court. With one title already under her belt and set to complete her first top 50 season just two years into her professional career, there is no doubt Gauff is a star in the making and the type of player who could make a real mark on the WTA Tour before even hitting age 20.

Coming from lucky loser status at Linz last year to winning the entire tournament, and coupled with her explosive debut victory over Venus Williams at Wimbledon a few months prior, Gauff carved herself a position in history books as the youngest singles title-holder on the WTA Tour since 2004, and while the Williams victory was not a record-breaker, it signified much more for the teenager who grew up admiring the Williams sisters.

“My goal was to play my best. My dream was to win. That’s what happened,” Gauff said post-match.

The then-15-year-old went on to back up the victory at the 2020 Australian Open, shocking her veteran compatriot a second time before downing reigning champion, Naomi Osaka in straight sets and finding herself in an unprecedented Round of 16 at Melbourne Park. Since then, the young American has continued to propel herself up the rankings with wins against four more top 50 players, including top 20 fixtures Johanna Konta and Aryna Sabalenka.

Add in Gauff’s two 2019 doubles titles, both won alongside fellow American teenager Caty McNally, and the youngster has more titles to her name than some players who have been on the WTA Tour circuit for many years. Her current win rate is around the 60 per cent mark showcasing her already impressive skill for such a young age, although could still be higher with further development which is a daunting prospect for the rest of the Tour.

Currently ranked 48th in the world on the singles circuit and 45th in the doubles, the youngster can sometimes be unpredictable and drop matches to much lower ranked opposition. With plenty of potential and room to grow, Gauff will be a key player to watch over the next few years with her development already proving impressive, and plenty more years to prove herself on Tour.