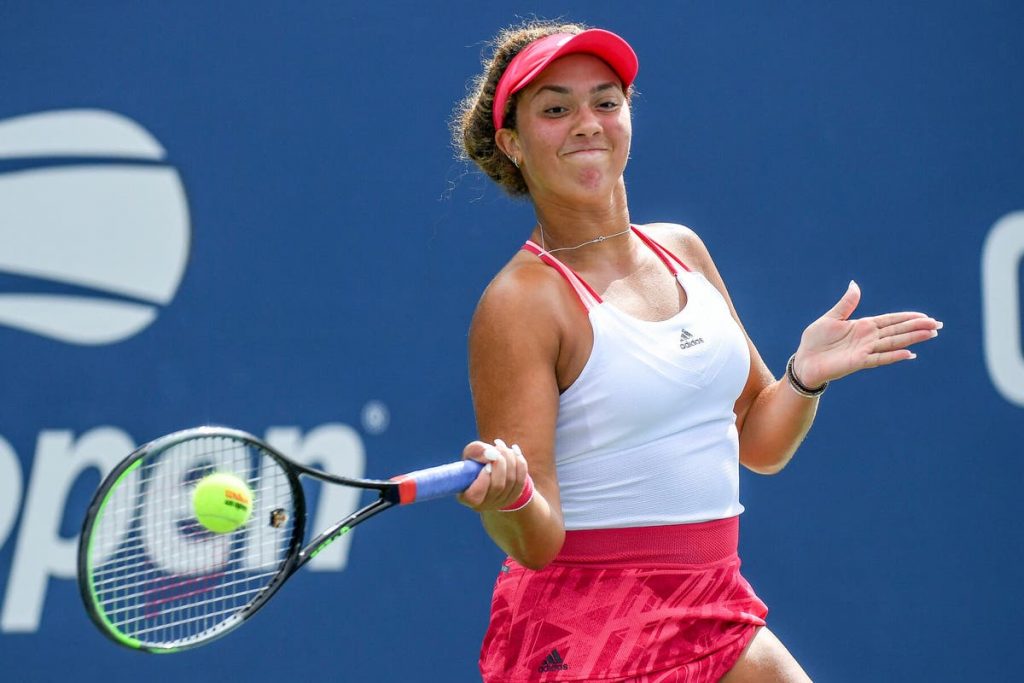 WHEN it comes to young talent, it seems that the United States are almost bursting at the seams with on the WTA Tour. Another 16-year-old American who burst onto the international tennis scenes at a Grand Slam is Katrina Scott, with the youngster playing in not only her first Grand Slam tournament, but also her maiden WTA Tour appearance and first tournament of the year given the COVID-19 delays. While the talented youngster may have exited during the US Open second round, there is no doubt she made a splash with her impressive Round of 128 victory, and was unfortunate to draw seeded compatriot – and fellow teen – Amanda Anisimova in the second round, though certainly put Anisimova through her paces.

Entered as a wildcard to the US Open following withdrawals due to Coronavirus concerns and ranked world number 637 prior to competing, Scott now sits just within the 450 zone and has aspirations to continue climbing.

“Once I want something I work as hard as I can to get it, and do anything possible to get it,” Scott said in an interview with the New York Times. “Anything in life, I’m super competitive in all aspects of life. Even off the court, I always want to win.”

The youngster’s delay starting 2020 was not just because of the global pandemic though, with Scott relocating from Los Angeles to Columbus, Ohio in 2019 and taking six months away from the Tour with coach David Kass to develop her skill – which quickly turned into nine months given the circumstances.

“She’d been more of a defensive player throughout juniors, and in our opinion that needed to change in order to have a lot of success on the pro tour,” Kass said. “That’s a major change, in terms of attacking the ball and your court positioning.”

“Her forehand started over with a totally different swing… Learning a new swing is not the hardest thing to do over time, but unlearning a swing you’ve been doing for years is extremely hard.”

There is no doubt the changes benefited Scott, and while she has not competed since the US Open back in early September, she is certainly one to watch especially given the United States’ track record with developing young players, with 18 players within the top 100 and fellow teens Anisimova and Coco Gauff within the top 50. Add in the likes of Sofia Kenin, Madison Keys, Jennifer Brady, Bernarda Pera, Taylor Townsend and Ann Li, who are all age 25 and under, and the future of US tennis is bright.