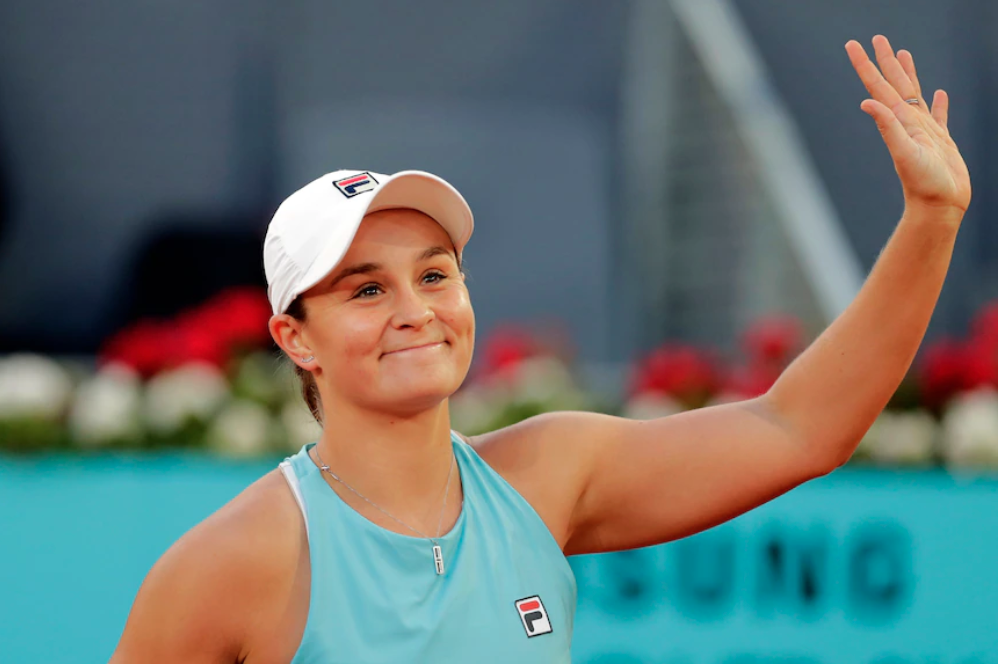 THE Round of 16 saw some huge results propelling players into the 2021 WTA Tour 1000 Mutua Madrid Open. While one hometown hopeful remains in the draw, three of the four seeds of the day retained their mantle as the ones to watch heading into the quarter finals.

One of the matches of the round was arguably between Ash Barty and Iga Swiatek, with the two seeds going head-to-head for the first time and the matchup not failing to impress. Whilst top seed and world number one Barty came away with the bragging rights over the quick improver in 19-year-old Swiatek, she was tested across both sets to eventually come away with the 7-5 6-4 result in one hour and 41 minutes.

“I really enjoyed myself out there tonight. I enjoyed the challenge. Iga’s game is exceptional. It’s really, really impressive. I love testing myself and trying to figure out the puzzle tonight and the challenges that she created for me,” Barty said post-match.

“I love the way that she plays. I love the way she takes the game on. She plays without fear. I think the way she controls the court, has the ability to move and neutralize from defensive position is very, very impressive.”

While Swiatek won the first three games of the match, the Australian rallied from then on, and did not face a single break point in the first set from there.

“I think probably the first half an hour was a bit of an adjustment period for both of us. I think it took me some time to get used to Iga’s weight of shot. Obviously, we had a game plan going into it, but I had to adjust that and had to kind of learn on the fly a little bit,” Barty said.

“It took me some time to get used to that and kind of nut down what I really wanted to do out there. Once I was able to do that, I became a lot more clear and was able to control the match a little bit more the way that I wanted to.”

While Barty served at an inefficient 53.2 per cent, she made the most of her first serve opportunities to win off 80.5 per cent of her chances. She also converted on three break points, and overall cleaned up her serve impressively in the second to claim the victory, hitting six aces for five double faults in the process, compared to Swiatek’s two and six.

Meanwhile, Spaniard Paula Badosa became the first wildcard to reach the Madrid quarter finals since 2017, overcoming Latvian Anastasija Sevastova in a tough 6-7 7-6 6-0 battle. It was a narrow battle across the first two sets before Badosa flew out of the blocks for the third, with the closeness of the contest proving just how much both players wanted the quarter finals position.

“I got so emotional after the match because of that, of playing home and showing the people the level and that I can win matches. I’m the last Spanish [player] here, so it makes me a little bit more proud. I know the crowd are pushing me a lot,” Badosa said.

“It’s an emotional week. I was very nervous when I started the week because I wanted to do very well here. I’m quite happy that it’s coming true. It’s really special… I like to play on clay, as I say always. To reach here the quarterfinals at home, it’s very special, in front of my family, my friends, my people. It’s an amazing feeling.”

Two more seeds claimed wins, as Petra Kvitova disposed of Veronika Kudermetova in three (6-3 4-6 6-4) to ready herself for a huge clash with Barty in the quarters, while Belinda Bencic had the lead in a 7-6 4-3 matchup with Ons Jabeur before the Tunisian retired, citing injury.

MUTUA MADRID OPEN ROUND OF 16 RESULTS: