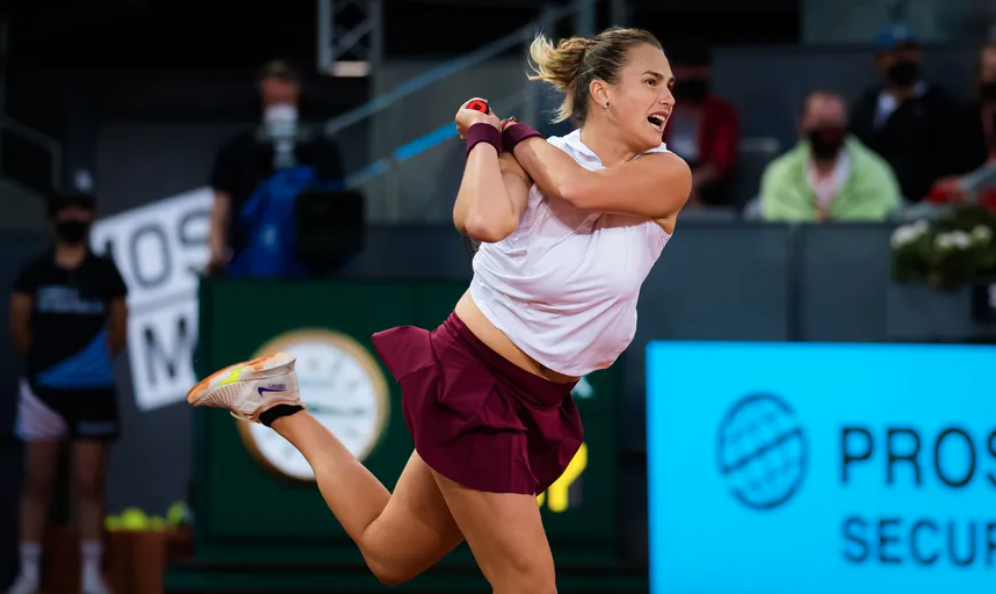 THE Madrid Open semi-finals produced two huge clashes and set up a massive final in their stead, as Ash Barty and Aryna Sabalenka look to add another title to their respective hauls following respective straight set wins. They will take on one another for the second time in as many weeks, with a rematch of the Stuttgart Open final sure to see both players fly out of the blocks. Sabalenka will hope to exact revenge on Barty in this one, although will have her work cut out for her given Barty’s excellent form this season with three titles in the bag already to her one.

It took Sabalenka just one hour and three minutes to dispose of Russian Anastasia Pavlyuchenkova, claiming a 6-2 6-3 victory and heading into the final without dropping a set all week. The fifth seed Belarusian was clinical and relentless in victory, hitting four aces, converting four break points and saving two of three on her way to her Barty rematch. Whilst Pavlyuchenkova was more efficient on serve, Sabalenka was far more consistent winning 70.8 per cent of her total service points and 48.9 per cent on return.

“I think my game has improved a lot on the clay court,” Sabalenka said post-match. “For sure, it’s given me some confidence, but there’s still so many things to work on. I’m just really happy with my level here in Madrid.”

The Belarusian hit 21 winners for just 11 unforced errors, outclassing Pavlyuchenkova with her relentless serve to finish off with an ace.

Sabalenka boasts a 9-1 win-loss record on clay this season, but will be tested by Barty who has a greater record of 16 straight victories on clay, including the one blemish on Sabalenka’s record.

“Physically I have to be ready for this match,” Sabalenka said. “She’s No.1, she’s great. I played her in Stuttgart. It’s not an easy game. I will do everything I can to prepare myself as good as I can. Just looking forward for this battle.”

Meanwhile, Barty exacted revenge over the only player to defeat her since February, in hometown hopeful and qualifier Paula Badosa. But whilst the Spaniard put in the hard yards, Barty was able to control proceedings and complete the 6-4 6-3 sweep in 75 minutes.

“You have to learn from every game, every match you play against an opponent,” said Barty post-match. “I definitely learnt a lot from the match we played in Charleston. There was a small adjustment. I think just learning from some of her patterns, tendencies that came through and showed through in that match in Charleston.

“I think I was just able to control the court a little bit better. I was able to look after my service games a little bit better, build pressure on return games. That’s a massive part of it: not always winning points, but building pressure. Scoreboard pressure can be a big thing. That was a focus for me today.”

Badosa is the first Spanish woman to reach the final four in Madrid, and showcased her excellent form – which will see her break the top 50 for the first time – during the first set, well and truly keeping the world number one on her toes. But Barty was clinical with 30 winners and six aces, winning 68.3 per cent of her total service points and saving four of five break points, heading to the Madrid final with her head held high.