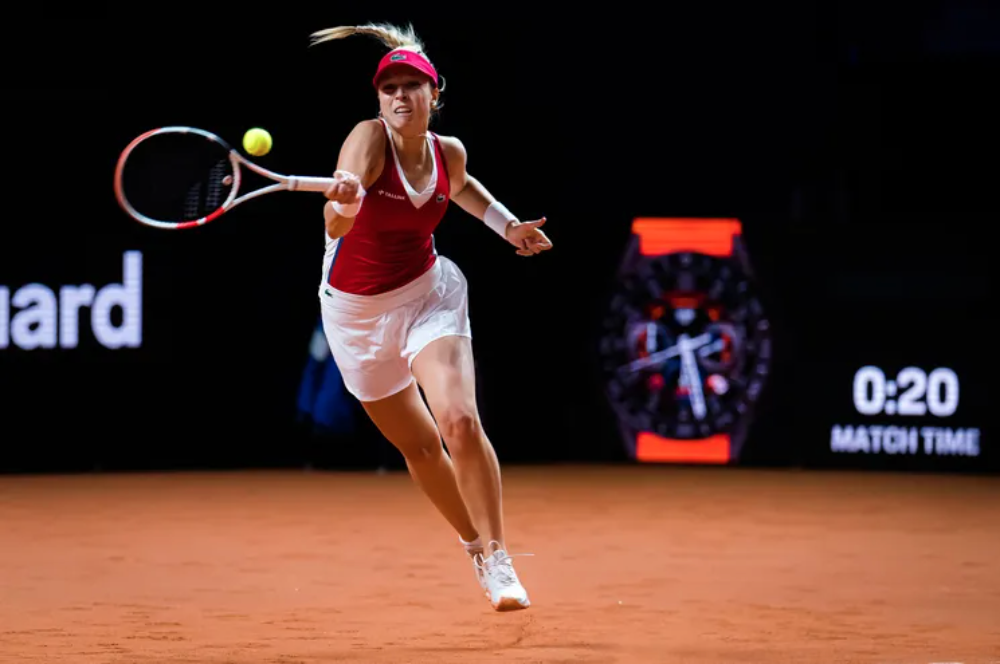 ANOTHER fascinating day of action was had at both the WTA 500 event in Stuttgart, Germany and the WTA 250 event in Istanbul, Turkey, as the Round of 16 continued at both tournaments. Whilst seeds cleaned up the competition at the Porsche Tennis Grand Prix, it was a different story entirely at the TEB BNP Paribas Tennis Championship Istanbul, as both of the day’s seeds fell in intriguing results.

Sofia Kenin‘s shocking run of form has continued with another loss, this time to Anett Kontaveit. With just seven wins for the year, Kenin has failed to surpass the Round of 32 since prior to the Australian Open in early February. Conversely, Kontaveit has been fairly consistent and did that again in this encounter to sweep Kenin 7-5 6-4 in just over 90 minutes. Kenin was the only seed to fall on the day as first seed Ash Barty came out flying in her one hour and 24-minute matchup with German hopeful Laura Siegemund, overcoming a second set fight back to claim the 6-0 7-5 victory, though Siegemund’s compatriot and former world number one Angie Kerber was much more successful, cleaning up Georgian Ekaterine Gorgodze 6-2 6-2 for the quickest win of the day, requiring just 72 minutes.

Sixth and seventh seed Czech hard-hitters Karolina Pliskova and Petra Kvitova both reigned supreme as a third Czech in Marketa Vondrousova joined the winners list following a victory over compatriot Marie Bouzkova. Whilst Vondrousova claimed a fairly quick victory in comparision, both Pliskova and Kvitova were taken to three sets by their opposition as German lucky loser Tamara Korpatsch well and truly gave world number nine Pliskova a run for her money in a 7-5 3-6 6-3 clash. Kvitova slumped in the second set before reclaiming momentum to take home a classy win over Maria Sakkari. The remaining win of the day went to Latvian Jelena Ostapenko, who disposed of Stefanie Voegele in straight sets 6-4 7-5 to head into the quarter finals.

Both Daria Kasatkina and Wang Qiang fell in straight sets during the Istanbul Round of 16, failing to really challenge their opposition as Marta Kostyuk and Ana Konjuh came out flying and did not back down. Whilst Kasatkina forced a comeback in the second set to Kostyuk, a sloppy error rate left her unable to take advantage of opportunities as she fell 6-3 7-5 in just over 90 minutes. For Wang, it was Konjuh’s continued intensity which left the Chinese eighth seed unable to compete, struggling to retain composure as Konjuh’s consistency proved valuable in the 6-1 6-4 scalp.

In the remaining three games, it took three sets for Katerina Siniakova to overcome Kristina Mladenovic in by far the day’s longest matchup, with the Czech requiring almost two and a half hours to claim the 6-4 3-6 6-4 victory. Whilst Mladenovic made a second set comeback, it was not enough as Siniakova remained composed to save 13 break points and claim seven to take out a controlled victory. Romanian Sorana Cirstea was challenged early by Russian Anastasia Potapova before earning a break in the second and riding out the 7-6(6) 6-4 victory, while Kaia Kanepi was the fifth winner of the day with a 6-4 6-4 sweep of Kazakh Zarina Diyas to claim the quickest win of the day in one hour and 19 minutes.