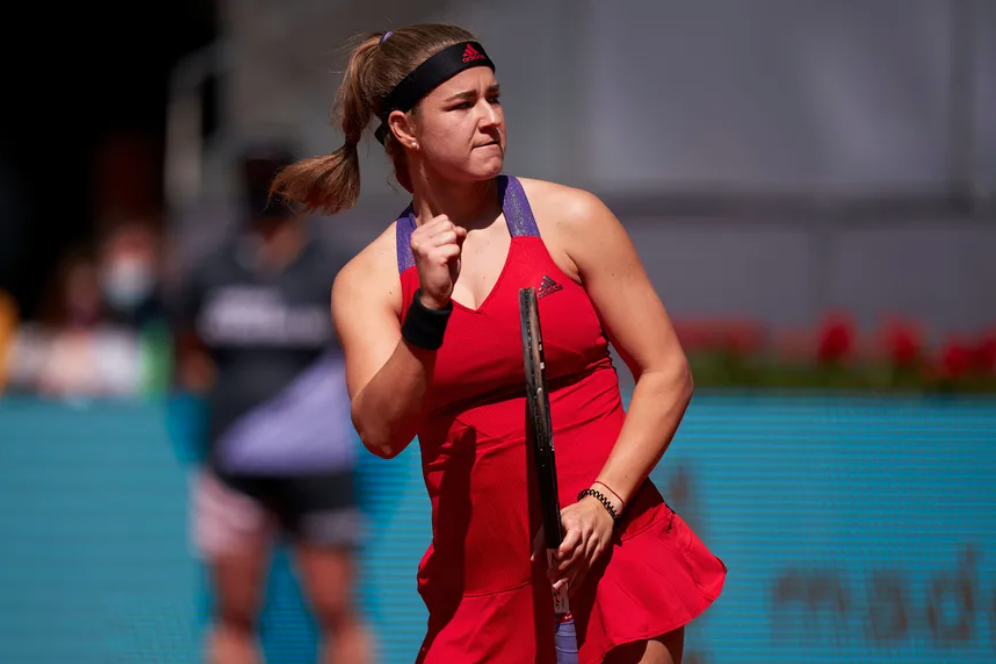 DAY 6 at the Mutua Madrid Open saw plenty happen around the courts, as second seed Naomi Osaka was ousted in the lone three-setter of the day, while it was also not sixth seed Karolina Pliskova‘s day as the Czech talent fell in straight sets.

It was an excellent effort from Karolina Muchova that saw her inhibit Osaka in their clash, seeing the Czech claim victory 6-4 3-6 6-1. Whilst Osaka worked her way back into the contest after dropping the first set, Muchova commanded control to run home with a whopping 92.9 per cent winning rate off her first serve in the final set, including two of her five aces.

“It was a tough match today, but we had some preparation,” Muchova said post-match. “I was ready to play with all I had today, and to use all the weapons I could and [do] what I can. I’m definitely happy it worked out today.”

Muchova is the newest member of the WTA world top 20, and in this contest it showed. Overall, she hit 29 winners off a fairly efficient 66.2 per cent first serve, as well as converting four of eight break points.

“I was trying to move [Osaka] as much as possible,” Muchova said. “That was the tactic. It sounds easy like that, but, you know, she’s playing really fast so it’s not that easy on the court.

“In the second set especially, she started to be very aggressive. I got back to what I did in the first set in the third set, and again, tried to move her left, right, dropshots, but still in a fast way. In the third set, it went my way.”

Meanwhile, Anastasia Pavlyuchenkova advanced to the third round with a clean 6-0 7-5 sweep of Pliskova, credit to her 20 winners for just 14 unforced errors. Whilst Pliskova bit back in the second set, she was undone by her own 28 errors which spelled trouble, before Pavlyuchenkova commanded control once more to run out victor in just under 75 minutes. Third seed Simona Halep and fifth seed Aryna Sabalenka retained control throughout their respective contests to claim respective one hour and 19-minute wins, while a couple of Americans joined the fray as Jennifer Brady downed Jelena Ostapenko 6-2 6-1, and Jessica Pegula was dealt a walkover from 12th seed Victoria Azarenka.

The remaining two games ended in fairly predictable circumstances as 13th seed Elise Mertens and 16th seed Maria Sakkari proved too good, and while Mertens was challenged in her two hour and 13 minute matchup with Elena Rybakina, Sakkari skated home against Anett Kontaveit with ease.

MUTUA MADRID OPEN ROUND OF 32 RESULTS: