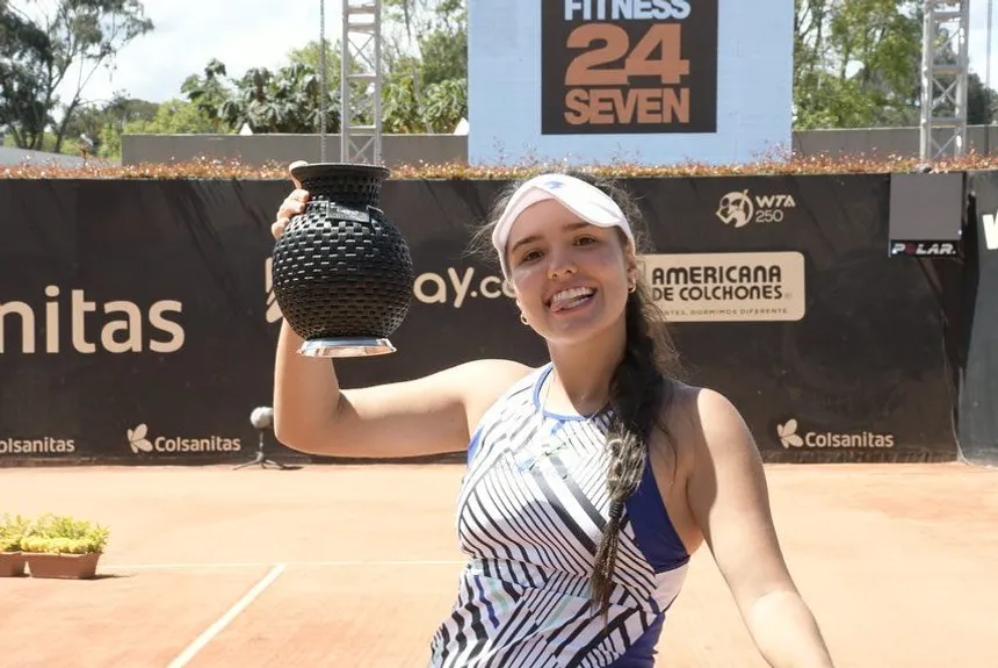 At the Volvo Car Open in Charleston, United States, Kudermetova was just too strong and overcame her Montenegrin opposition with relative ease in the one hour and 36-minute, 6-4 6-2 encounter. Whilst Kovinic saved eight break points, she could not compete with Kudermetova’s excellent serve as the Russian piled on six aces and won an excellent 74.2 per cent of her first serve points.

“When I came here, I said to myself, ‘Veronika, you just need to work, that’s it, and we will see how you play here,’” Kudermetova said post-match. “When I started to play matches, I focused just on tactics, work, and that’s it. And I think match by match, I started to play really well.”

“All the matches were really tough,” she said. “It’s really tough matches for nerves, and the tennis part, but I’m really proud of myself that I can take the first title. I’m really happy.”

Kudrmetova hit 22 winners for 19 unforced errors in a solid stat for the Russian, who did not drop a single set on her way to the title.

“[Last] night, I didn’t sleep really good, because I’m thinking about the match, and that I can take my first title,” Kudermetova said. “When I stepped on the court, I was a little bit nervous, to be honest. But I tried to work, not think about [how] this is the final or something special, just work and that’s it.”

“It means a lot,” she said. “It shows me that I can play really well, that I can beat good players, and if I play like this and keep working, I think I can be in the Top 10 or higher.”

At Bogota, it was teenage Colombian sensation and wildcard Osorio Serrano who claimed victory on home soil, defeating fifth seed Slovakian Zidansek in the process. The win did not come easy, with Osorio Serrano requiring two hours and 48 minutes to take out the 5-7 6-3 6-4 victory.

“It’s been an unreal week for me,” Osorio Serrano said post-match. “I still cannot believe that I won the title.”

A former junior world number one and 2019 US Open Girls champion, 180th-ranked Osorio Serrano is no stranger to the big moments, but required plenty of grit and determination to get over the line in the comeback victory.

“I played a really great match against Tamara, and I didn’t know how I turned the match,” Osorio Serrano said. “I lost the first set and I was a little bit tight, so I still cannot believe I won.”

“With this tournament, my calendar is going to be more open, I’ll have more options to play bigger tournaments, so I’m super, super happy with this win,” Osorio Serrano said. “And of course that I’m home, with my family, with my friends, with my fans from Colombia. ”

“That was my dream, and kind of a goal, to win the tournament.”