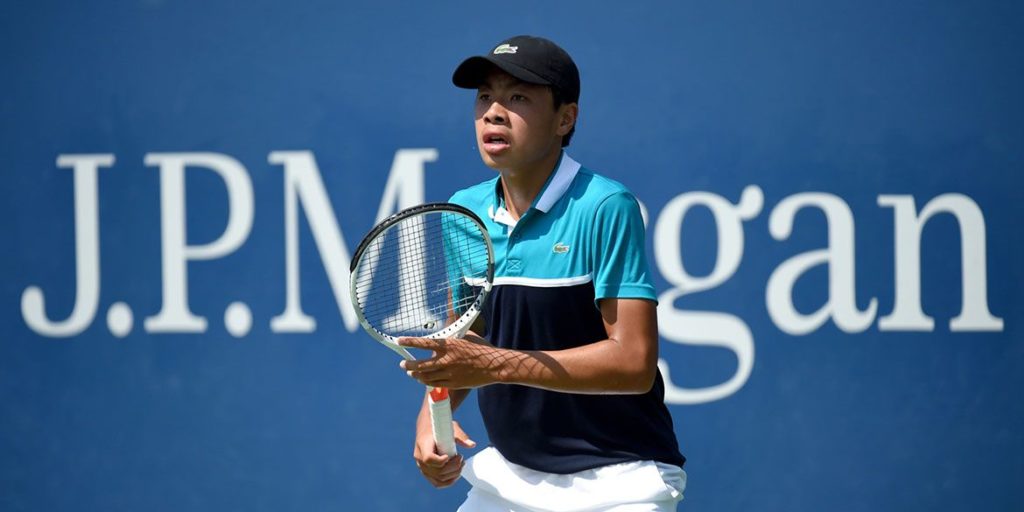 A QUALITY young American talent, Brandon Nakashima is a solid prospect having stepped up to the ATP Tour in 2020, and while he is still ranked at 220 in the world, at 18-years-old he has plenty of skill, determination and development that will surely see him go far.

With laser focus and intensity coming in spades, Nakashima took to the ATP Tour like a duck to water, challenging a couple quality names in early 2020 prior to the COVID-19 pandemic which inevitably put his growth to a halt. With an affinity for the hard court and a strong backhand, Nakashima may not have a heap of ATP Tour experience as of yet but has made his presence felt on the court in the tournaments that were able to go ahead earlier in the year, winning 12 of his 17 outings – albeit all ATP Challenger tournaments bar one – and also winning an ITF Futures title in the process. He stayed close to home to start his first season on the Tour, only playing in the United States thus far and inevitably taking on plenty of compatriots.

Coached in part by Australian Grand Slam winner Pat Cash, the 18-year-old is highly-touted and for good reason, with an ability to take charge of a match with ease and really challenge some tough higher ranked opponents. While still developing and growing in consistency, the American young gun really proved his potential and impressive talent in February, taking on a couple of top 100 talents, defeating Britain’s Cameron Norrie (60th in the world) and Czech Jiri Vesely (74th) in straight sets and challenging both Frances Tiafoe (79th) and Yoshihito Nishioka (63rd) in tight losses.

With a high ceiling and still so young, expect Nakashima to be one to watch out for in future years with plenty of time to tap into his exciting hard-hitting potential.