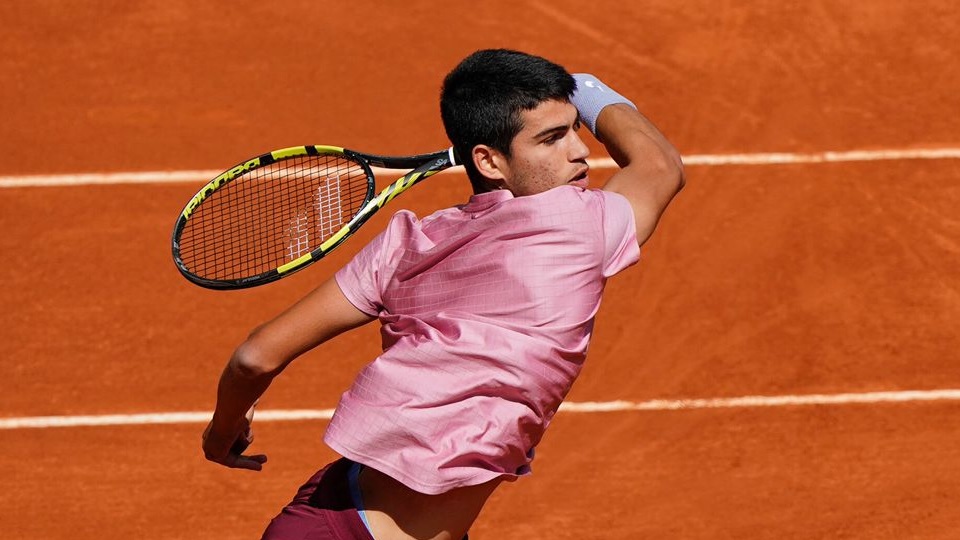 TWO seeds fell on the official second day of competition at the 2021 ATP Mutua Madrid Open in Spain, whilst a couple of qualifiers and a young gun wildcard also proceeded through to the second round.

It was qualifier Argentinian Federico Delbonis that overcame 10th seed Pablo Carreno Busta on home soil, dropping the first set to the Spaniard before biting back in the second and retaining control from there on out. The two hour encounter saw Delbonis marginally lead for efficiency on his first and second serve winning rates despite Carreno Busta being cleaner on serve, resulting in the 3-6 6-4 6-3 finish. Meanwhile, South African Lloyd Harris out-hit Grigor Dimitrov, piling on 12 aces to three in the two and a half hour, 6-3 3-6 7-6 contest. The two players could not be split throughout, with the third set tiebreaker showcasing just how tight the matchup was, as both players completed the match winning the same amount of points throughout (104).

The only seed to win on the day was 16th seed Cristian Garin, who ousted a second Spaniard in Fernando Verdasco, while qualifiers Carlos Taberner and Pablo Andujar also fell on home soil, taken down by Italian Fabio Fognini and American Marcos Giron, respectively.

It was not all bad news for Spaniards though, as young gun Carlos Alcaraz proceeds to the second round after disposing of Frenchman Adrian Mannarino in straight sets, 6-4 6-0, to set up a clash with compatriot and clay champion Rafael Nadal in the Round of 32.

“I started the match a little bit nervous,” Alcaraz said. “I tried to play aggressive to get the nerves out and tried to enjoy playing here, in front of a big crowd in Madrid.”

Still only 17-years-old – until next week – Alcaraz pulled off 19 forehand winners against Mannarino, and won an impressive 81 per cent of his first serve points to claim victory.

The remaining four matches saw two more French competitors fall to join Mannarino on the sideline, as Dubai champion Aslan Karatsev pulled off a 7-5 6-4 victory over Ugo Humbert while Daniel Evans overcame a fighting Jeremy Chardy in a two hour and 46-minute classic, 7-6 6-7 6-2, piling on 13 aces for one double fault in the process, compared to Chardy’s four for six. The remaining two matches went the way of John Isner and Dominik Koepfer, with plenty of intriguing matchups coming in the coming days.

MUTUA MADRID OPEN ROUND OF 64 RESULTS: