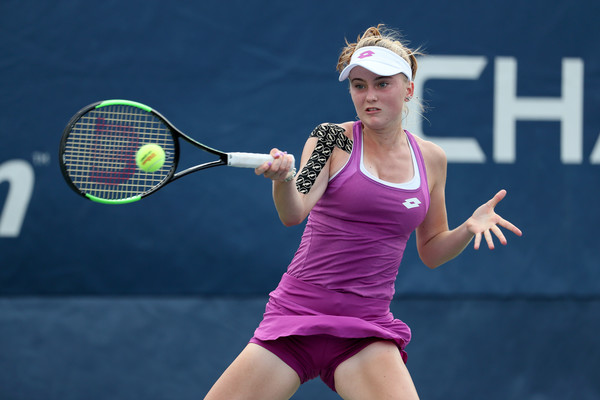 A YOUNG player without a heap of experience on the professional circuit but a top 50 ranked older sister to follow in the footsteps of, is 17-year-old Polina Kudermtova. While her older sister Veronika has paved the way, the younger Kudermetova has no shortage of talent and plenty of exciting potential. With seven ITF titles to her name – six on the junior circuit – Kudermetova has flourished under the big lights with an excellent work rate and ability to perform across a range of surfaces.

Combining both Kudermetova’s junior and senior ITF win records of 73 per cent and 63 per cent, and the youngster comes in at a solid 68 per cent winning rate, with 126 wins to her name since 2016, and a consistent performer at that. While still ranking just within the 800 mark on the WTA Tour, in at 772nd on the world rankings, the youngster realistically can only go up from here with her debut on the WTA Tour only coming in 2019, and only having played twice in that time, falling both times in the qualifying rounds.

A player with plenty of potential, Kudermetova is looking to forge her own path on Tour, and has thus far proved she has all the ingredients to be a real star once she makes it there. Her ability to provide a consistent threat across multiple surfaces certainly works in her favour, while her winning mentality and determination are sure to see her moving up sooner rather than later.

The youngster made a solid run at the 2020 Junior Australian Open after reigning supreme at the Traralgon Junior International tournament a week prior, falling to 13th seed Zhuoxuan Bai in the quarter finals.