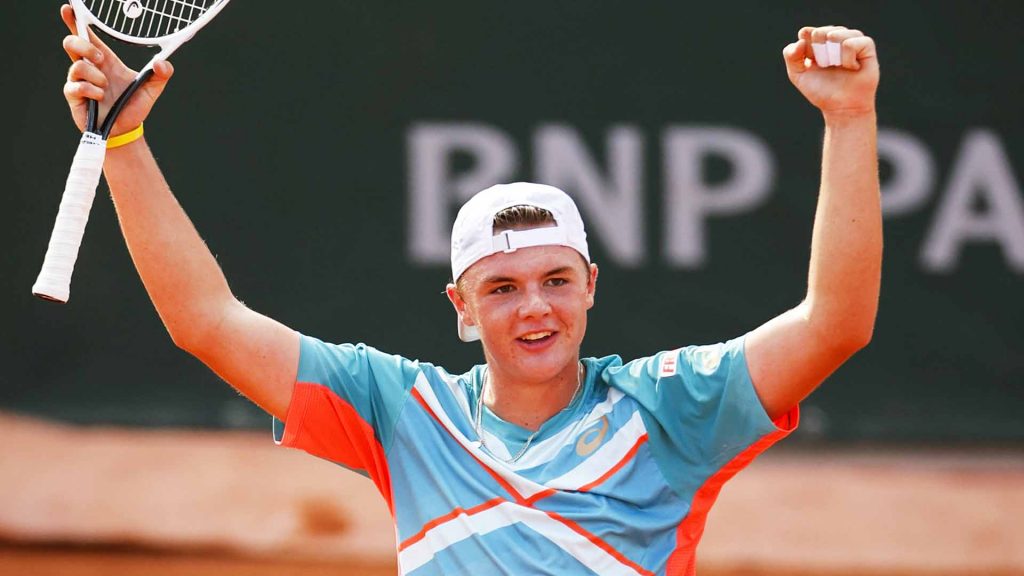 YET another developing talent who has found plenty of form on the ITF circuit is 18-year-old Dominic Stephan Stricker, hailing from Switzerland with one of the greatest players of all time to look up to ahead of him. But while Roger Federer is heading towards the latter stages of his career, Stricker’s is just beginning with the young gun showcasing his array of talents in 2020 on both the junior and senior ITF tours.

With four wins from seven matches on the men’s tour, there is no doubt Stricker has a way to go before he can realistically match it with the elite talent on the ATP Tour stage. But while the left-hander had some issues against the bigger, more experienced bodies on the senior circuit, a quarter final berth at the Junior Australian Open – losing to eventual winner, Harold Mayot – and huge Junior Roland Garros title in October propelled Stricker into the top ranked juniors, sitting third at year’s end only behind Mayot and Holger Vitus Nodskov Rune.

While Federer is arguably still top dog for Stricker when it comes to influences, he is one on a list of many after the 18-year-old had the opportunity to train alongside the ATP Tour’s elite players as a hitting partner at the ATP Finals.

“It was unbelievable at the ATP Finals,” Stricker told itftennis.com. “I was there for two weeks and it was an amazing experience to hit with (Dominic) Thiem, (Daniil) Medvedev, (Stefanos) Tsitsipas and (Andrey) Rublev – four of the best players in the world. I really enjoyed every practice and learned so much.

“It really was something special. I learned so much: how players of that calibre play the day before a match, go about things the day of the match and how they warm up. I feel it will help me, for sure. I really did enjoy every single minute.”

While the interrupted season has been rough for many, it was one to remember for Stricker, who not only came away with the junior grand slam title, but also showcased his high ceiling and excellent work rate to develop so thoroughly during the extended break.

“It was a special season and a hard one for everyone as nobody really knew how many tournaments there would be or, at times, if there would be much tennis,” said Stricker. “Looking back, though, it was a very good year for me and I have improved a lot.

“I was so glad to get the chance to play one last Junior Grand Slam after the junior events at Wimbledon and the US Open were cancelled. I just went out there to try my best and I won it, which was a great achievement.

“While I don’t think there has been a huge difference, life has definitely changed since winning in Paris and a lot more people tend to recognise me on the Tour as a Junior Grand Slam champion. It’s been a memorable year.”

The youngster will look to officially break onto the ATP Tour scene in 2021, with ultimately nothing to lose after an exciting year on tour in his final season as a junior. While technically ranked on the ATP Tour at 1159th in the world – as at publish – Stricker has the capability to propel himself up the rankings and realistically, has nowhere to go but up from here on out.

“I haven’t really set a goal but I want to try and improve my ATP ranking and to start playing Challenger events,” added Stricker. “I just want to go as far as possible and, who knows, maybe go back to Paris and enjoy some more good times there.”